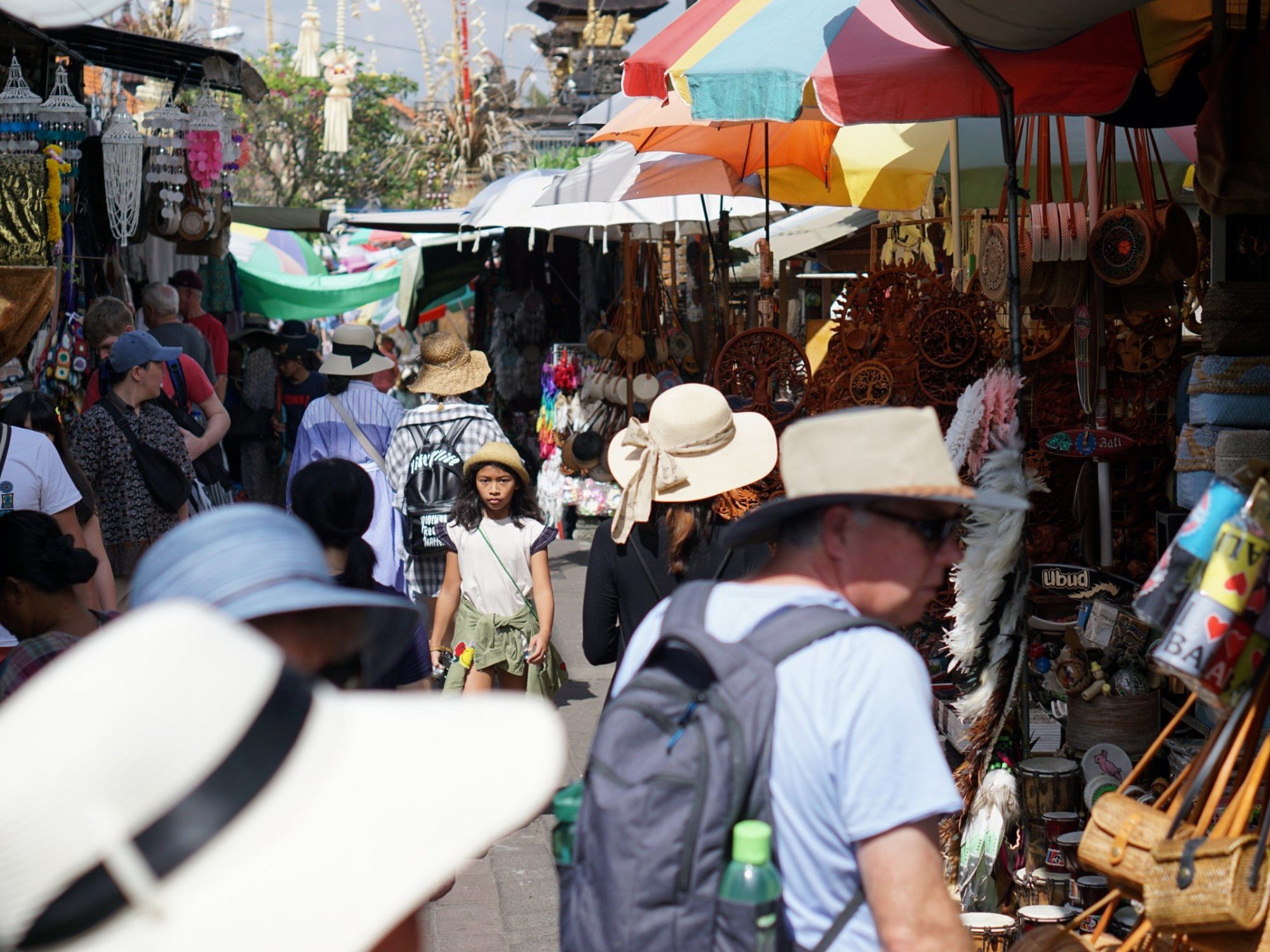 Heading down towards the Ubud Monkey Forest today, we stopped in at the Ubud Art Market. This was a first for Dad and Mum, although Annelise and I had briefly explored the markets a couple of years ago.

Dad ended up buying a small painting. We looked at a few paintings before buying a couple of small ones on our way back to the hotel, later in the day.

As we continued south towards the monkey forest (after exploring the markets), we decided to stop for coffee at a little warung down a lane. It was called Warung Garasi (Garage Warung), since it was operated out of a garage and followed a garage theme (or actually, a Vespa theme). The tables had nuts and bolts embedded in them, the salt and sugar holder was an inverted piston head, some of the seats were the back halves of old scooters, and there was plenty of motoring-related items scattered around the warung (including over 20 Victorian number plates). It was well worth the stop, we ended up having a light lunch here too. In the end we paid only Rp. 80,000 for two drinks and two dishes (just over 8 Australian dollars). The food was enak sekali!