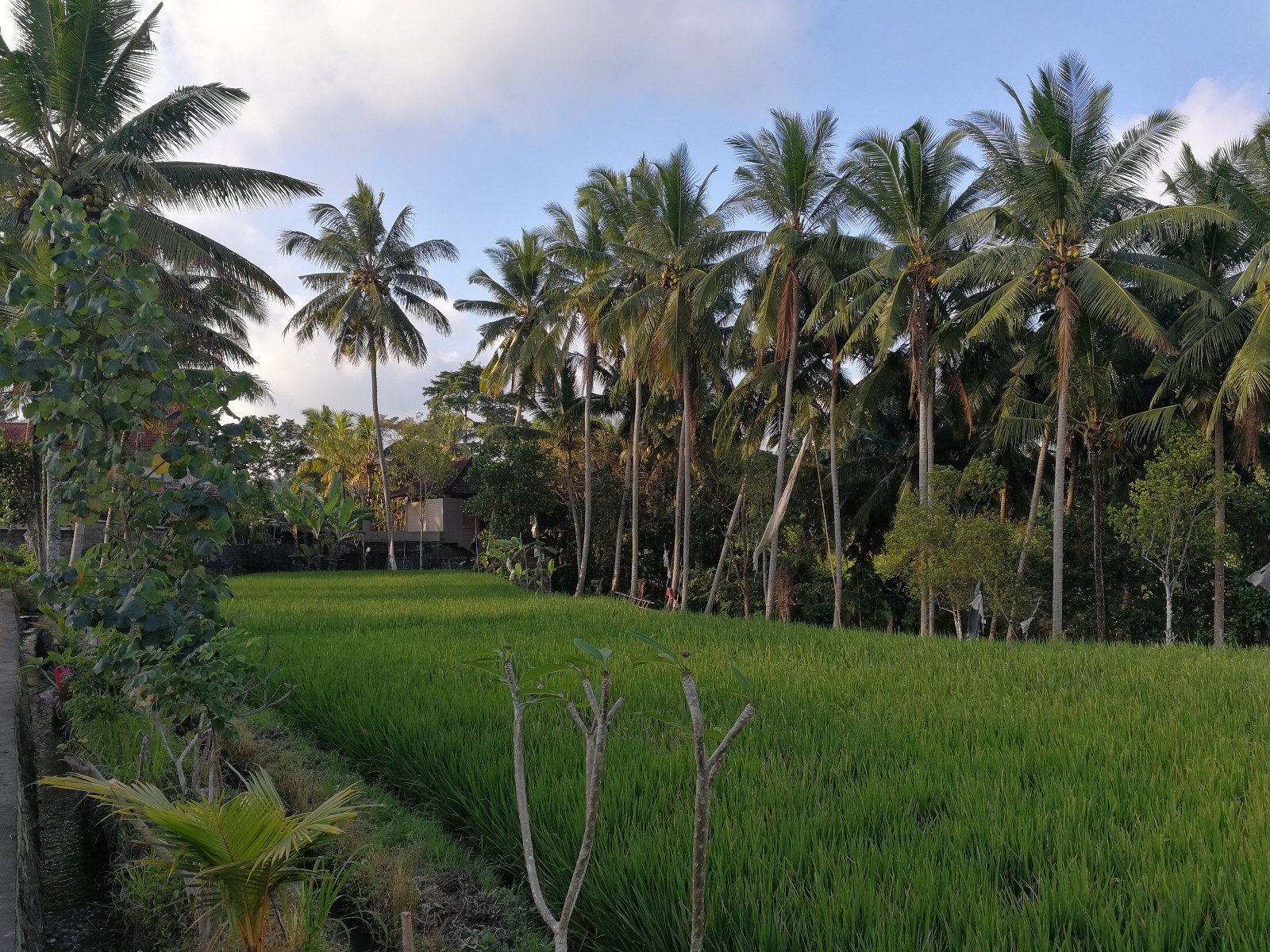 I guess this will be the last blog post related to our Bali Holidays 2019. I thought I would just wrap things up with a few photos from our last day in Bali.

After the white water rafting, we didn’t do much else in the way of activities. We had most of one afternoon remaining, as well as the following morning, and we mostly spent that time visiting a couple of our favourite warungs, writing a blog post or two (me), packing, and eating.

We were picked up about 1pm on Friday to head to the airport. We had pre-arranged this with a driver that we used earlier. Remarkably, the roads were very quiet since Friday was the day before Kuningan, so many stalls and shops were already closed. After taking 2.5 hours to get to Ubud, we were prepared for heavy traffic, but instead it only took just over an hour to get from Ubud to the airport. Consequently, we had to hang around waiting for an hour before we were even able to check in.

Once checked in, we wandered through the pricey shops in the international departures hall, and eventually found a small diner which afforded a view of the runway. Yay! We got window seats, and I enjoyed myself thoroughly watching the departing and arriving aircraft, and telling my family all about each one. The variety of airlines represented was interesting, as well as the fact that I noticed a 737 MAX 8 from Lion Air was parked on the far side of the airport. As most of you are probably aware, they have been grounded since March.

As far as airlines go, there was a Thai 747 parked immediately outside our window. We also saw planes from Garuda (of course!), Citilink, Lion Air, Wings Air, Sriwijaya Air, NAM Air, Jetstar, Qantas, Virgin Australia, Emirates, Air New Zealand, China Airlines, and EVA Air (in the Hello Kitty livery!). There were probably some others I’ve forgotten too!

We also enjoyed our final meal in Bali at this diner. Annelise and I shared an enourmous hot dog. I would estimate the bun length at around a foot.

After this, we headed to our gate. We stopped along the way to refill our water bottles (which we took empty through security screening), only to be told that no water could be taken on the flight at all. Apparently this only applies to flights into Australia, as leaving Australian we refilled our bottles after security screening and took them on the flight without any problems. Shortly before boarding, everyone was moved out of the gate area and re-admitted following a bag check and disposal of any water. Empty water bottles were OK, but obviously could not be filled again prior to getting on the plane.

Once on board, I finished off my blog post about Bahasa Indonesia. Then it was back to Perth, where we arrived around 10pm. It was not that cold at all, considering that it is currently the middle of winter! We didn’t take too long to get our bags, clear customs (we just had to have the wooden frames of the pictures we bought checked), catch the bus to the long-term car park, and we arrived home just after 11pm!

As always, we’re thankful for a great holiday. I believe Dad and Mum enjoyed themselves, although Bali (particularly Ubud) was nothing like Dad expected. I think he was imagining a quiet agrarian village surrounded by peaceful rice fields and palm trees, rather than the busy tourist centre that is Ubud. Having said that, the rice fields weren’t too far away, and our hotel in Ubud was right next to some rice. I think it was also quite eye-opening for them to see the idolatry that remains alive and well throughout Bali (not to say that it is not present in our own culture, but literal worship of physical idols is less common).

Right now, it’s good to be home, and hopefully refreshed! We’re looking forward to this day of rest before everything starts again next week.

One thought on “Selamat Tinggal”